Biotechnology, as all sciences, advances step by step and builds on fortuitous and often serendipitous discoveries. In 1951, a woman named Henrietta Lacks was diagnosed with cervical cancer, and a sample of her cancerous tissue cells were taken — without her knowledge or consent — and grown in a petri dish. For decades prior, scientists had been trying to keep human cells alive under laboratory conditions without success, but the tumor cells taken from Henrietta Lacks exhibited a remarkable ability to grow and thrive. These HeLa cells became the first immortal human cells ever grown in a laboratory. Since 2001, five Nobel prizes have been awarded based on research performed with HeLa cells. Trillions of HeLa cells have been bought and sold and used in medical studies all over the world, and they continue to contribute to the advancement of medicine and biology.

This case study examined the history and impact of HeLa cells and their unique policy implications. 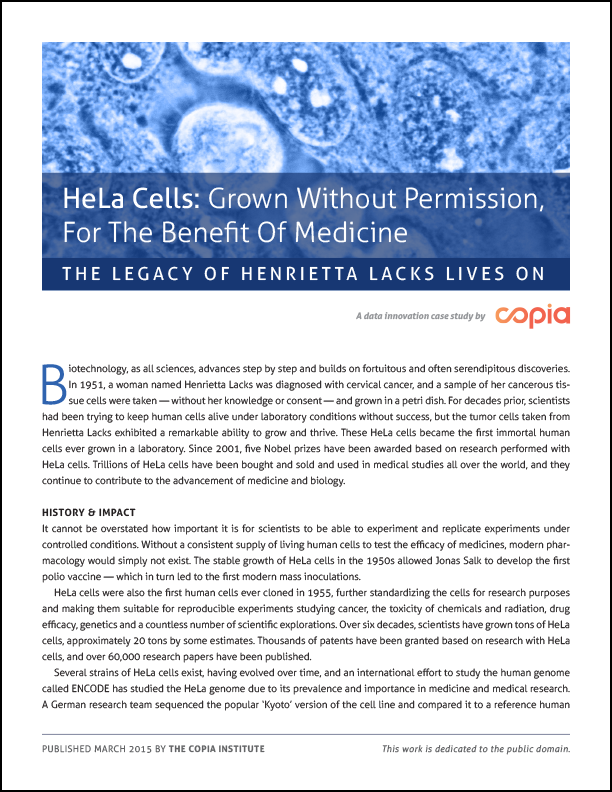