Finland is a homogeneous population of about 5.5 million people, geographically isolated from the rest of the world. The vast majority of Finns share a common heritage, and they also seem largely willing to participate in clinical health studies. Three out of four Finns will agree to be a research subject, and thankfully, access to their clinical records is relatively easy, for both domestic researchers and foreign scientific collaborators. After thousands of years of isolation, Finns have become a relatively uniform population, genetically speaking. Additionally, the genealogies of Finns trace back numerous generations and hundreds of years, providing plenty of correlated genetic information and an excellent source of scientific data to study.

This case study examines the impact of Finland’s unique genetic resources, and its implications for global biotech policy. 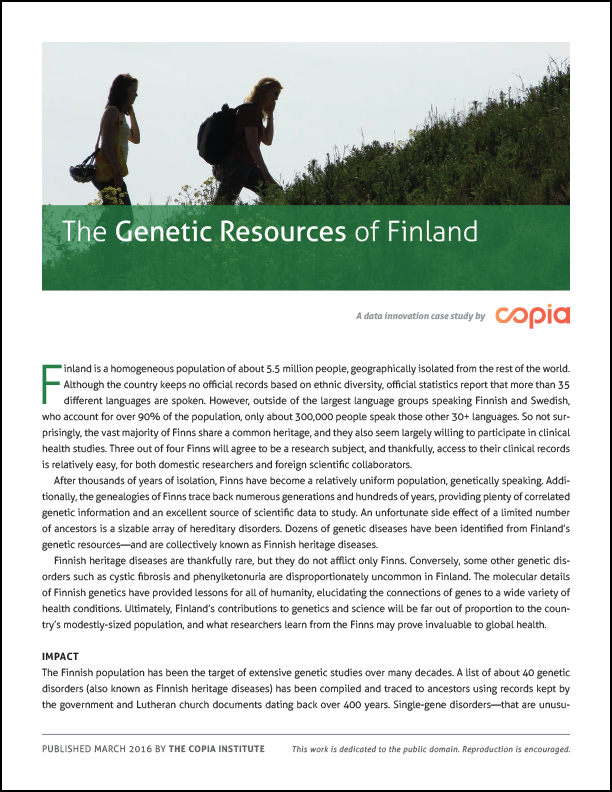