It should be no surprise that I’m an unabashed supporter of free speech. Usually essays that start that way are then followed with a “but…” and that “but…” undermines everything in that opening sentence. This is not such an essay. However, I am going to talk about some interesting challenges that have been facing our concepts of free speech over the past few years — often in regards to how free speech and the internet interact. Back in 2015, at our Copia Summit we had a panel that tried to lay out some of these challenges, which acknowledged that our traditional concepts of free speech don’t fully work in the internet age.

The Copyright Office’s study concerning Section 512 of the DMCA (the notice-and-takedown/safe harbors part of the law) had its second comment period end this week — which is why you’re seeing stories about how the RIAA is suddenly talking about piracy filters and notice-and-staydown. The Copia Institute has filed its own comments, pointing out the already problematic First Amendment issues with the way the current notice-and-takedown system works. Remember, there’s a very high standard set by the Supreme Court before you can take down expressive content. But the notice-and-takedown system ignores all of that:

Right. By now you’ve heard about Reddit’s new content moderation policy, which (in short) is basically that it will continue to ban illegal stuff, and then work hard to make “unpleasant” stuff harder to find. There is an awful lot of devil in very few details, mainly around the rather vague “I know it when I see it” standards being applied. So far, I’ve seen two kinds of general reactions, neither of which really make that much sense to me. You have the free speech absolutists who (incorrectly) think that a right to free speech should mean a right to bother others with their free speech. They’re upset about any kind of moderation at all (though, apparently at least some are relieved that racist content won’t be hidden entirely). On the flip side, there’s lots and lots and lots of moralizing about how Reddit should just outright ban “bad” content.

I think both points of view are a little simplistic. It’s easy to say that you “know” bad content when you see it, but then you end up in crazy lawsuits like the one we just discussed up in Canada, where deciding what’s good and what’s bad seems to be very, very subjective. 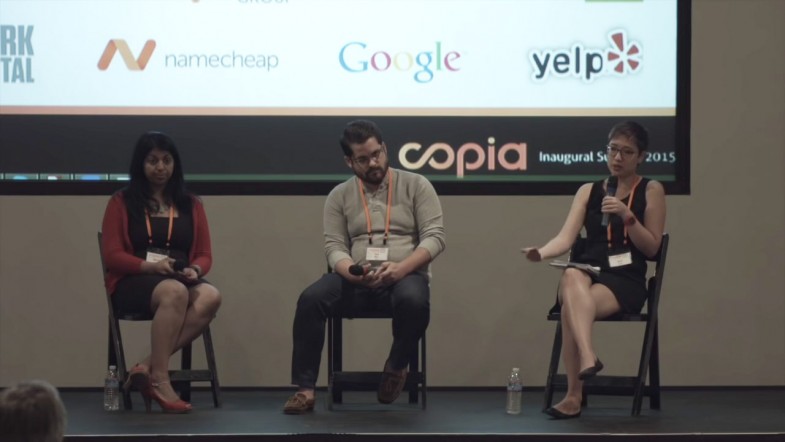 Freedom of expression online is a more complicated topic than many people think. Government censorship is one thing, but there’s also the question of how to promote open and diverse speech in a world where the vast majority of communication happens through a handful of proprietary digital platforms. In this roundtable discussion from the 2015 Copia Inaugural Summit, we look at possible answers to this question and examine the implications of digital expression on culture and society.